Referees have been directed by New Zealand Rugby to consider context when ruling on foul play in this season’s Mitre 10 Cup.

“There has been much debate internationally about the application of the laws regarding foul play,” said Lawrence. “At a time when rugby around the world is continually seeking to improve the game without compromising player safety, we support the laws to ensure clear messaging and consistency by match officials.

“Clearly in the June Test window some decision making has irked some fans and teams who feel that more rugby context should be considered in this decision-making”.

“We are taking advantage of our own national provincial competitions to introduce an interpretation that maintains player safety as a priority, but allows the intent of the ‘action’ and the ‘context of the game’ to determine the sanctions for any foul play.

“We want referees to bring some more rugby feel to how they rule foul play,” Lawrence said.

Lawrence said that areas referees will focus on are no change from previous years – including lifting tackles, deliberate contacts to the head (high tackles), deliberate knock ons, illegal dangerous clean outs, challenges in the air where there is not a fair contest, cynical play, and repeat individual or team offending.

The interpretations for New Zealand referees in the Mitre 10 Cup, Farah Palmer Cup, Mitre 10 Heartland Championship and Jock Hobbs Under 19’s will allow them to consider foul play under the following guidelines: 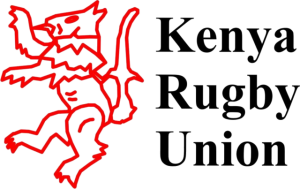